Barcelona defender SerginoDest has turned down a move to two of the biggest clubs on the European football stage. This is according to the publication from ESPN which revealed thatthe USA (United States of America) national team star opted to stay with Catalan giants Barcelona rather than leave to sign for Premier League outfit Arsenal and Bavarian giants Bayern Munich. 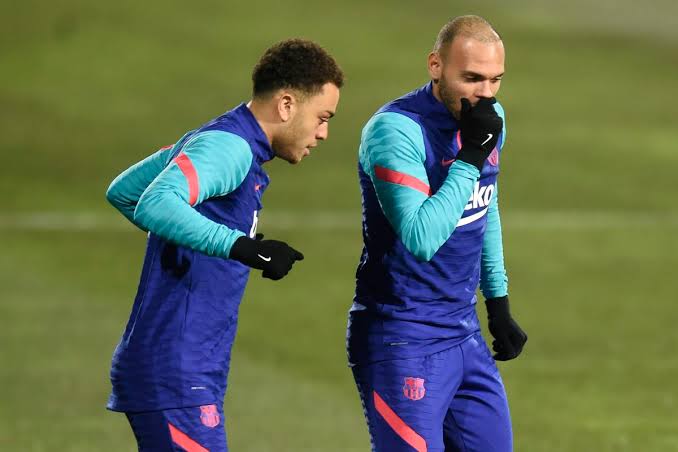 Both Arsenal and Bayern Munich wanted to sign Dest amidst the much publicised financial crisis at the Nou Camp but the player is happy at the Spanish club and didn’t see any reason to leave having signed last summer.

USA international Dest joined Catalan giants Barcelona from Ajax Amsterdam at the start of last season. Barcelona paid around £18.9m for his services and he had a good debut season. The USA player penned a five-year deal when he joined Barcelona. Dest has four years left on his exis Barcelona contract.

Barcelona would have made a significant profit on USA player Dest if he agreed to sign for either Bayern Munich or Arsenal.Dest won a major title winner in his first season at the Nou Camp.

Dest was part of the Barcelona squad that saw off Athletic Bilbao in the final to win the Copa Del Rey title last season.

Arsenal manager Mikel Arteta is in need of a new right-sided defender like USA player Dest as there are doubts over the future of Hector Bellerin at the club. Spanish international Bellerin has lost his place in the starting XI to England international Calum Chambers and Cedric Soaresamidst the transfer rumours of a move to Inter Milan.

Italian champions Inter Milan have already offered a loan deal for Bellerin with the option to buy him but Arsenal officials want a loan deal with the obligation or an outright purchase.

This entry was posted on Friday, August 20th, 2021 at 12:36 pm and is filed under Uncategorized. You can follow any comments to this entry through the RSS 2.0 feed. Both comments and pings are currently closed.